We are the heart and center of an informed, inclusive, connected, and vibrant community.

We enrich our community by fostering learning, inspiring creativity, and creating connections through sharing spaces, experiences, and ideas.

We are committed to:

The Fort Saskatchewan Public Library Board subscribes to the Code of Ethics of the Alberta Library Trustees Association.

If you have any questions or concerns, please send them our way.

Due to the COVID-19 pandemic, we are unable to accept donations of any kind until further notice. Thank you for your understanding. 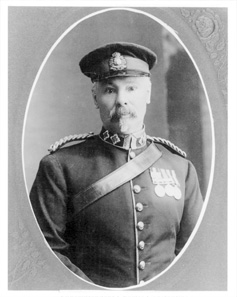 Superintendent Charles Constantine set up the first lending library in 1901 at the North West Mounted Police barracks on the North Saskatchewan River. The men voluntarily paid a monthly fee to borrow any of the eighty books. By 1905, Constantine was transferred. The stock of books had grown to 400.

An enterprising young man, A.M. Sutherland, set up a lending library in his drug store located on Ross Street (now known as 102 street) in 1907. At various times over the next few years, he advertised in the local paper that books were available to borrow for ten cents each.

Occasionally a list of new books was announced in the paper: Treasurer of Heaven by Marie Corelli, Amid Thick Arrows by Max Pemberton, Mr. Lion of London by J.J.Bell and Benita by Rider Haggard (better known for King Solomon’s Mines). Although Mr. Sutherland eventually left the Fort to set up business in Lethbridge, his successor, Mr. Smith continued the “Rental Library” (as it was called) after buying the drug store in 1929. Ads recommending books and special sales to make room for more titles continued until late 1936.

While books were being offered to the public at the local drug store, another library was taking shape at the Presbyterian Church on Government Street (now 101 Street). Reverend M.S.Kerr arrived in Fort Saskatchewan in 1917 and with the aid of the Women’s Institute a free library was installed in the parlours of the church in 1918. Books were lent out Wednesday and Saturday evenings from 7-8 P.M. Arrangements were made with the University of Alberta for the Women’s Institute to receive books for a three-month period to lend out in the Fort. This continued quite effectively until there was a union of churches and the Presbyterian Church was torn down in 1926.

One of the Women’s Institute members, Mrs. A.H. (Marion) Rogers, took on the task of being the curator for the books. Again, an ad in the February 1926 edition of the Record lists a lengthy selection of books from the university available for borrowing. Among the titles were Woman’s Hardy Garden by Ely, Years Between by Kipling, Prize Stories of 1920 by O’Henry, Kidnapped by R.L. Stevenson and Roughing It, Vols. 1 and 2 by Twain. Unfortunately, tragedy struck the Rogers’ family later in the spring of 1926 and there was no more mention in the paper of book lending from Mrs. Rogers’ home.

In April 1942, Members of the Canadian Girls in Training operated a library out of the Community Hall (built in 1938) on the northeast side of present day 102 Street where Miller’s Ice-cream stand was located. Books were brought in from the Extension Department of the University of Alberta and loaned out at twenty-five cents per card per year. Non-fiction books could be borrowed for two weeks while fiction had to be returned in a week. Fines were also issued for over due books for the first time. The library was open Monday, Tuesday, Wednesday, and Friday from 7-8 pm. On Thursday and Saturday, it was open from 4- 5 pm. After this initial announcement, nothing further was mentioned in the Fort Record about the library run by the C.G.I.T.

In late 1949, the Ladies’ Auxiliary to the Legion established a lending library on the second floor above the original Town Hall in Fort Saskatchewan. One of the founding members of the Legion Library recalled having to haul boxes and boxes of books up the 32 steps! Due to the illness of one of the key organizers and the involvement of the members in other projects, the Ladies’ Auxiliary closed the library in 1951.

In the late fall of 1952, the Fort’s Town council appointed a Library board and on May 13, 1953, the official grand opening of the Fort Saskatchewan Library occurred in the basement of the Community Hall. Many books and supplies were purchased due to the diligent work of canvassers and through the donations of other organizations in the Fort. A three hundred dollar government grant was also procured to obtain additional books. A list of titles included: Steamboat Gothic by Keyes, The Giant by Ferber, and The Silver Chalice by Costain. Miss. Gillis, an English teacher at the Fort School, was named the (volunteer) librarian and held this position until her retirement from teaching in 1956. Mrs. Mackie took the post of librarian from 1956 until her retirement in 1965. Shortly after Betty Cockburn was appointed as the new librarian, the Alberta Government approved salaries for librarians. However, there was a pool of thirty-five members of the Women’s Institute who volunteered their time at the library until well into the 1970’s.

The first freestanding library building, the Fort Saskatchewan Municipal Library, constructed in 1962, was located just north of the present City Hall, and was officially opened June 2, 1962. It was a simple one-story structure of one thousand square feet. By early 1979, its seams were bursting and by that December, a new facility was built with the grand opening of the Library Centre on June 18, 1980. The staff and volunteers at the time loaded trolleys and carts and as stated by one person who helped, we “moved books through the back door of the old place into the front door of the new place”. The new building had two one thousand square metre floors but for many years, the library occupied only the upper level.

After Mrs. Cockburn’s retirement in 1973, Marcia Redford was hired as the librarian. She was the first director to have a library degree and remained on staff until her retirement in 1996. It was during Marcia Redford’s tenure as librarian that the position became full time. An assistant with a library technician diploma was also hired and clerks were trained to work at the front desk. In 1992, the library became computerized. Terminals were set up for catalogue access and Freenet use. Following Mrs. Redford, Ms. Robin Brown was librarian for three years. During her term, a separate computer station was set up for children and negotiations to establish a partnership with Strathcona County Library began. After Ms. Brown retired, Skip Wilson was seconded from the Edmonton Public Library to act as Librarian until a permanent replacement could be found.

Tim Janewski was Library Director from 2001-2006. During his tenure, the number of public access terminals has increased to six, the children’s programs moved downstairs, and minor renovations took place on the upper level to bring the interior into the 21st century. Coffee machines were installed for those patrons who like a cup of java while perusing the paper. An abundant collection of CDs, DVDs, talking books and magazines was developed in addition to the many books.

Angela Kublik held the Director’s role from 2006-2014. Minor renovations have continued, in order to make as effective use of limited facility space as possible, and have allowed for the creation of a welcoming teen area, additional quiet study space, renovations of the children’s area, and additional public access computers (bringing the total to 20) and the introduction of wireless internet.

In June 2010, the majority of voters supported building City Centre Square, which will include a 6,400 sq. ft. Library expansion. On July 13, 2010, City Council passed a debenture borrowing bylaw to fund the project. This expansion will allow more space for larger collections, more public access computers, and larger study areas and comfortable reading areas for library users of all ages.

The soft opening for the upgraded library was on November 4, 2013. The grand opening of the newly renovated and expanded Fort Saskatchewan Public Library was held on January 25, 2014. David Larsen was director from 2014 until 2017. Michele Fedyk is the present Director since 2017.

From an initial 80 books at the North West Mounted Police Barracks, to the stand-alone facility a mere few blocks away 100 years later that is on the verge of an exciting expansion, the Fort Saskatchewan Public Library is a proud testimony to the initiative and dedication of those pioneers long ago. If only Mr. A.M. Sutherland or Marion Rogers could return to the Fort and see what has been achieved in our library since they left so many years ago. Their eyes would open wide in astonishment!

There are a variety of programs available for all ages.