Kanopy is a popular on-demand film streaming service now available for FREE with your Fort Saskatchewan Public Library card! Films can be streamed from any computer, television, mobile device or platform by downloading the Kanopy app for iOS, Android, AppleTV, Chromecast or Roku.

With your library card you get a play credit of 7 films every month. Once you press play on a film, you have 3 days to view it as many times as you like without using another play credit. Play credits reset on the 1st of the month.

For help on how to get started check out our help guide. 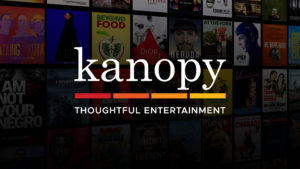